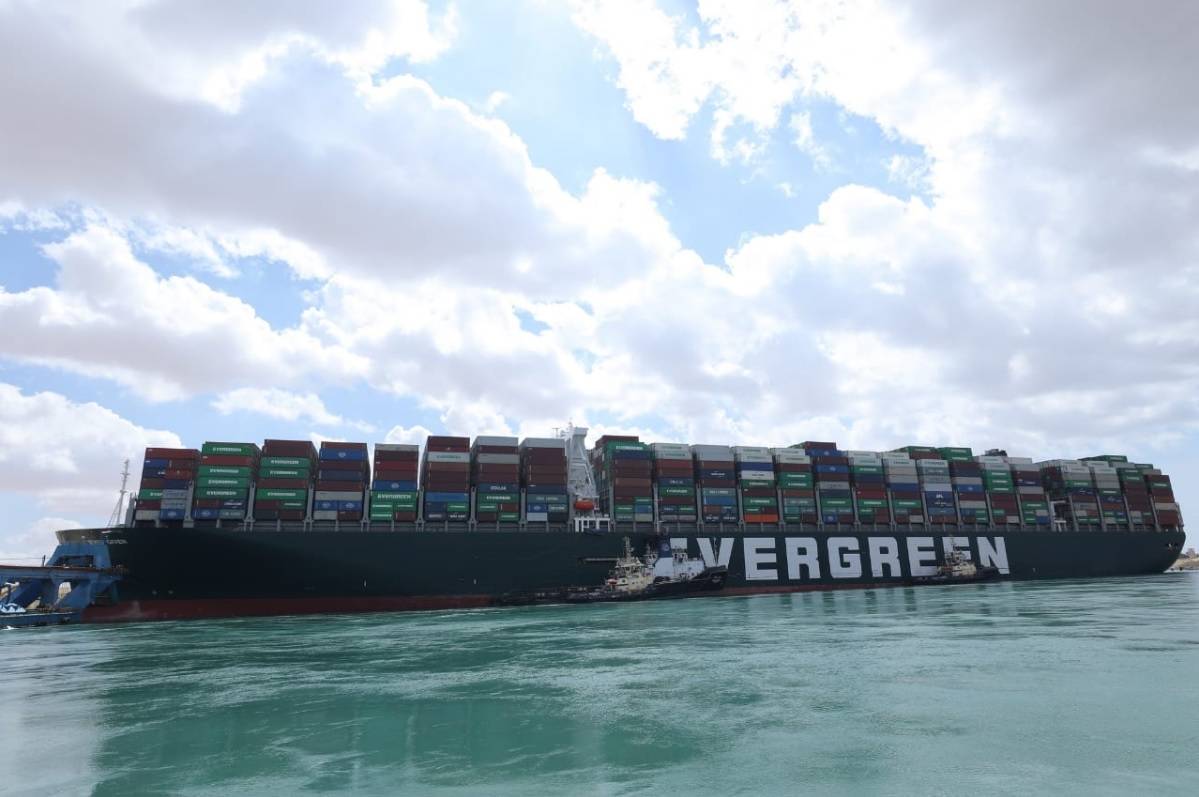 The blockage of the Suez Canal for nearly a week will result in a “large loss” for Lloyd’s of London, its chairman said on Wednesday, as the insurance market recorded a 900 million pound ($1.2 billion) pretax loss in 2020 due to the COVID-19 pandemic.

The Canal is working to clear the backlog after the refloating this week of a stranded giant container ship. The blockage threw global supply chains into disarray.

Bruce Carnegie-Brown told Reuters it was too early to estimate the exact loss, but “it’s clearly going to be a large loss, not just for the vessel but for all of the other vessels that were trapped and unable to get through”.

He added this could mean a loss for Lloyd’s of around $100 million or more.

Liability insurance claims for ships and cargo impacted by the delay are expected to fall initially to the container ship Ever Given’s liability insurer, UK P&I Club. But UK P&I Club will also use reinsurance, some of it in the Lloyd’s market, industry sources say.

Carnegie-Brown said Lloyd’s may be on the hook for around 5-10% of the total reinsurance claims.

Fitch Ratings said this week that global reinsurers were likely to face hundreds of millions of euros of claims due to the incident.

Lloyd’s expects to pay out 3.4 billion pounds in 2020 COVID-19 claims net of reinsurance, with Carnegie-Brown saying many of those payments would be related to the cancellation of major events such as the Wimbledon tennis tournament. COVID-19-related payments will continue this year, he added.

After several closures due to the pandemic, the Lloyd’s underwriting floor will reopen on May 17. Carnegie-Brown said surveys showed most market employees expect to return to the office “three-plus days a week”.